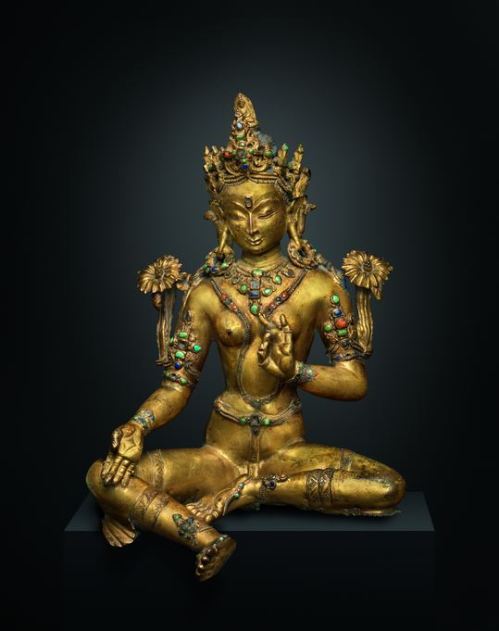 March 15th kicks off the fifth year of Asia Week New York, the extraordinary eight-day extravaganza that brings to New York a glorious array of prized Asian works of art, displayed in specially-curated simultaneous exhibitions at 43 galleries throughout the metropolitan area. The event draws an international coterie of collectors, curators and enthusiasts from every corner of the globe. Says Henry Howard-Sneyd, Chairman of Asia Week New York 2013 and Sotheby’s Vice-Chairman Asian Art, Americas: “Asia Week is a crescendo of events we are proud to bring to New York. They augment the city’s already rich cultural holdings with world-class Asian art exhibitions, many of which might be worthy of display in any one of the city’s top-tier museums.”
Asia Week New York unites an illustrious roster of 43 international Asian art specialists—the largest number to date—along with five major auction houses and 17 world-renowned museums and Asian cultural institutions. All work together towards a singular purpose: that of weaving Asian art into the cultural fabric of New York and beyond. “Asia Week New York is a cosmopolitan event,” says Howard-Sneyd, “so it’s only fitting that it takes place in one of the world’s most cosmopolitan and cultured cities. For discerning, in-the-know collectors, curators, scholars and Asian art enthusiasts from all around the world, it has become an essential destination in March.”

According to Howard-Sneyd, Asia Week New York launches with a private, by-invitation-only reception at the Solomon R. Guggenheim Museum.

Asia Week New York exhibitions, which are open and free to the public, will reveal the rarest and finest Asian exemplars of porcelain, jewelry, textiles, paintings, ceramics, sculpture, bronzes, prints, photographs and jades, representing artistry, ingenuity and imagination from every quarter and period of Asia.

This entry was posted in Exhibitions, United States. Bookmark the permalink.